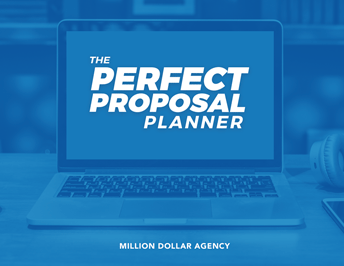 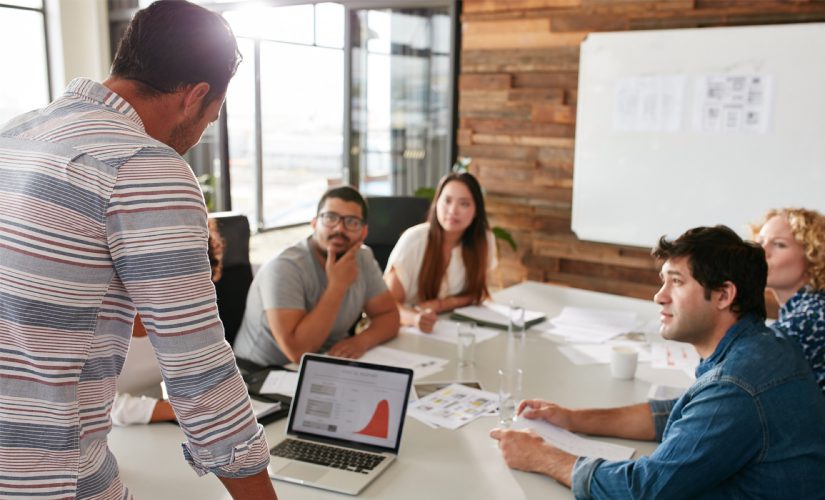 How do you deliver reports that wow clients? Let’s cover the five hot principles behind creating amazing reports.

Do you struggle to create reports that show clients the true value of what you’re doing for them?

A lot of agencies do.

You want the client to sit back and say “wow” whenever you report on what you’re doing. But in so many cases, they get the report and they just don’t take it in. Or, they don’t really get what you’re doing, which means you have to spend even more time on questions.

That’s where the Client Reporting Blueprint comes in. If you follow this blueprint, you’ll create reports that wow clients to the point where they’re happy to see your report.

I’ll get to the Five Hot Principles behind this in just a moment. First, let’s look at the major problems with your reporting right now.

There are three major problems that I see in how a lot of agencies handle their reporting.

The first is that clients don’t see the value in the reporting process. They see it as some boring thing that they have to get through. So, they’ll jump on the first and second calls. But by the time the third call comes around, they start skipping or rescheduling.

90 days later, you get an email out of the blue asking about the results that you wanted to talk about in those skipped calls.

The second problem is that your team groans every month when it comes time to handle reporting. Gathering the analytics, creating the presentation, and delivering the report feels laborious. That means the reports feel like something that weighs the team down when they should be celebrations of its success.

Thirdly, you start to lose steam with your clients. That all-important velocity starts to dwindle because you’re showing them the same numbers every month. Even if you have great numbers to show off, there’s not enough variety there to keep them interested.

That leads to the first problem I spoke about as you become another cog in their machine.

Reinvigorating Your Clients With Your Reports

So, what will this blueprint do for your reporting?

The first thing is that your clients will fall in love with reading your reports. They’ll look forward to getting them in their hands every month. And they may even start sharing the reports within their companies.

That’s when you know you have clients who fully engage with your processes. The report is no longer something that they can take or leave.

Secondly, your team starts to see value in the reporting process too. That means they stop treating the reports as another check that they need to add to the task list. Instead, they see them as celebrations of their results. Plus, they can use them to plan out the next 12 weeks of work with the client.

Finally, your reports start to lead to new wins. When you get to talk about something good happening in your reports, your clients get excited. They’re going to start asking what else they can do to build on those results. Or, they’re going to want to double down on a particular service.

Either way, you have the opportunity to drive more revenue into your agency.

The Key Mistakes That Agencies Make

That covers the opportunity you have to reinvigorate your clients with your reporting.

Now, let’s look at the three mistakes that I see lots of agency owners make.

The first is this.

It seems natural to think that you have to report mostly on the data. That means you create reports that contain lots of numbers and graphs to show improvement. But when you do that, you open up the risk of the client coming back and saying they can see all that stuff in Google Analytics.

Plus, they can end up in data overload, which leads to analysis paralysis. At that point, the report ceases to have any true meaning for them.

The second mistake is that some agencies cut and paste their numbers.

That’s one of the reasons why reporting is such a drag for your team. They’re just going into your reporting platform and screenshotting the numbers. Then, they paste them into the report and try to combine them with numbers from other platforms.

Finally, we have the most egregious mistake.

Agencies don’t frame the feedback. That means you’re not telling a client about how they should feel about a number or trend before you share it with them.

Ultimately, you want to be a few steps ahead of them in terms of how they perceive the information you share.

That covers the problems, opportunities, and mistakes when it comes to reporting.

Now, you need to start building reports that actually get clients excited. That’s where my Five Hot Principles come into play.

Let’s jump right into them.

They’re almost like college essays or some kind of paper, which is exactly what the client doesn’t want.

Your clients want to have a conversation with you. They want to see that you’re thinking and talking to them on the same wavelength.

Now, this doesn’t mean that you have to ramble on. It means being pithy and having brevity in the way that you share your message. It’s got to be short, simple, to the point, and human.

If you don’t summarise the story, your report just becomes a bunch of numbers and bullet points that you’ve cobbled together.

They don’t seem like they have any connection. This ties into the mistake of not framing the feedback that you’re providing in the report.

A good report has a story with a beginning, middle, and end.

You start with a logical beginning that feeds into a meaningful middle. In that middle, you talk about what the numbers actually mean in terms of the value you’ve offered to the client. Finally, you thread that middle into the end when you talk about the steps you’re going to take next.

Most reports are a little like the weather report in that they talk about what happened in the past.

Your more entrepreneurial clients aren’t bothered about the past. They want to know about the now and what’s coming up rather than what’s already happened.

You’re just reporting on what happened instead of what it means.

That’s where the opportunity to add impact into the report arises. You want the client to really feel it when they read the report. And by that I mean sharing the why, the what, the how, and the now in everything that you communicate to them.

That means you’re thinking about what you could do for the client if they only said “yes”. But when you put the report together and share it with them, they just sit on the fence.

Have you ever wondered why that happens?

It’s because you haven’t stressed the importance. Think of your reports as though they’re sales calls. You want to add some tension between where they’re at and where they want to be.

You need a client to understand why you’re talking about this new thing right now. If that’s lost in communication, you’re going to lose the client too.

Hot Principle #5 – Loop in Their Input

Frankly, most reporting is a little bit like watching TV.

The client just leans back with their arms crossed and watches you talk. On your end, you want to make a beeline for the end of the meeting. Your goal is to get through your slides and out of the door.

That doesn’t serve your client or your agency.

What you want to do is loop in the client’s input with every little piece of the story that you share with them. When you start asking for their input, you’re co-creating the success of your reporting period.

That’s going to engage them in the process so that they don’t lose interest.

Your reporting doesn’t have to be a drain on your agency. And it certainly needs to be more than a document that a client looks at for five minutes before casting aside.

Reporting should tell a story that ultimately leads to your clients wanting to get more from you. Use these Five Hot Principles to create reports that your clients actually care about.